Welcome, and thanks for stopping here to read selections of my original poetry and prose. Only half my art is here. As you browse my puppets, words if you will, think of them as empty hulls whose dance and form are only animated in Play through my vocal conveyance of their characters and via my direction of their tone. Lyric to the ears, its whole message soon appears, in thus the conjuring of ancient daemons deep within to combat the evil ones brought up infernal by the Craft of ages can be our stage tonight.

On this blog the theme is AWAKENING and how Revelation is not some story plural in a Book but supposed to be one of yours in this lifetime. Here in verse I share with you my inquiry to which has bonded Muse. YOUR STORY IS THE STORY. Their horsie four so full of holes they named that way just to have a laugh. Revelation and Creation coincide, they never stopped. A daily occurrence in a Live Show me is true Prophesy which I assure you, smells nothing like a library book, and for which no innocents are ever killed. I hope you enjoy it, and I hope you copy it to heart. 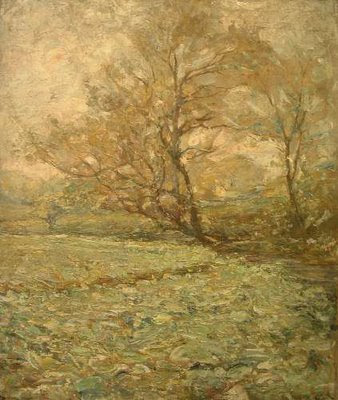 Barren branches scrape the startrek-backdrop sky,
scratching at mercury vapor colored clouds
as if the starry nighttime underneath
itches just to shine on through.

Sometimes trees are more zen to watch
than clouds. I watch them moving now,
above the fog this winter night --
barely New Year's past yet warm as witchcraft --
and not all dancing to one song at that.

The trees invented wind you know
just to move without suspicion ...
to talk across meadows;
bow gracefully to flowers.

Dropping death from high above
on defenseless skeletons,
starving in the camps,
closed off until, for desperation of will itself,
send toy rockets over prison walls.

Will man stay and watch this murder blind,
while even trees are not standing still?

My Readings on Soundcloud

What's in a meme?

But is it poetry? Can you just "be" a poet just like that? Of course! And the day they issue license on that is the one you worry about indeed. The problem is poetry is a scary word to some. Almost unapproachable. Too smart maybe. Formal and stuffy.

All this is too deep for me. The Twittery-Facebook text text text generation has lost appreciation for the wit and wisdom everyday bard - social media and the one percent Party trick have made robots of everyone, dismissing everything lyrical but not packaged in industry boyband as simply "too deep."

If the poet is successful then his journal and pen have doused your heart with a rinse of timeless Now over the backwater Past and perfumed Future. For a second, immersion in specially arranged words may have even awakened you to something elemental and Divine. So naturally, most avoid morning sun and hit that SNOOZE BAR.

Well, what you will find here is poetic in every sense.

Don't expect formality or even couplets and forced rhymes. Do, however, upon finishing any one of the posts... ask yourself how it touched you. How personal it was. The imagery created not with paint nor pixel is an absolute incantation, stirs something deep and personal.

There is a cadence to its flow beyond article and post... it seems to travel here from somewhere very far off. Certainly not as close as the car in the garage. So try not to put too much into the work -- truly a poem is what you get out of it.

I may record a few soon and post audio versions, so that you can find the rhythms that call to me in the Artist's own utterance. But even if you get a few words here and there and for some reason imagery without a paintbrush comes, may you find my way of holding it unique, and may it bring up enough golden hue to warm your own as well.